Thousands of remarkable monuments and relics fill the land of Syria from the coast of the Mediterranean to its desert borders, dating back to the dawn of human history. The sites include: Bronze Age ruins, Roman temples and necropolises, churches and monasteries from the early Christian and Byzantine eras, Muslim forts and mosques, Crusader castles, and many more. When conflict broke out in 2011, these treasures were put at great risk and in subsequent years, many were destroyed in battles — some were even the intentional targets of extremists. 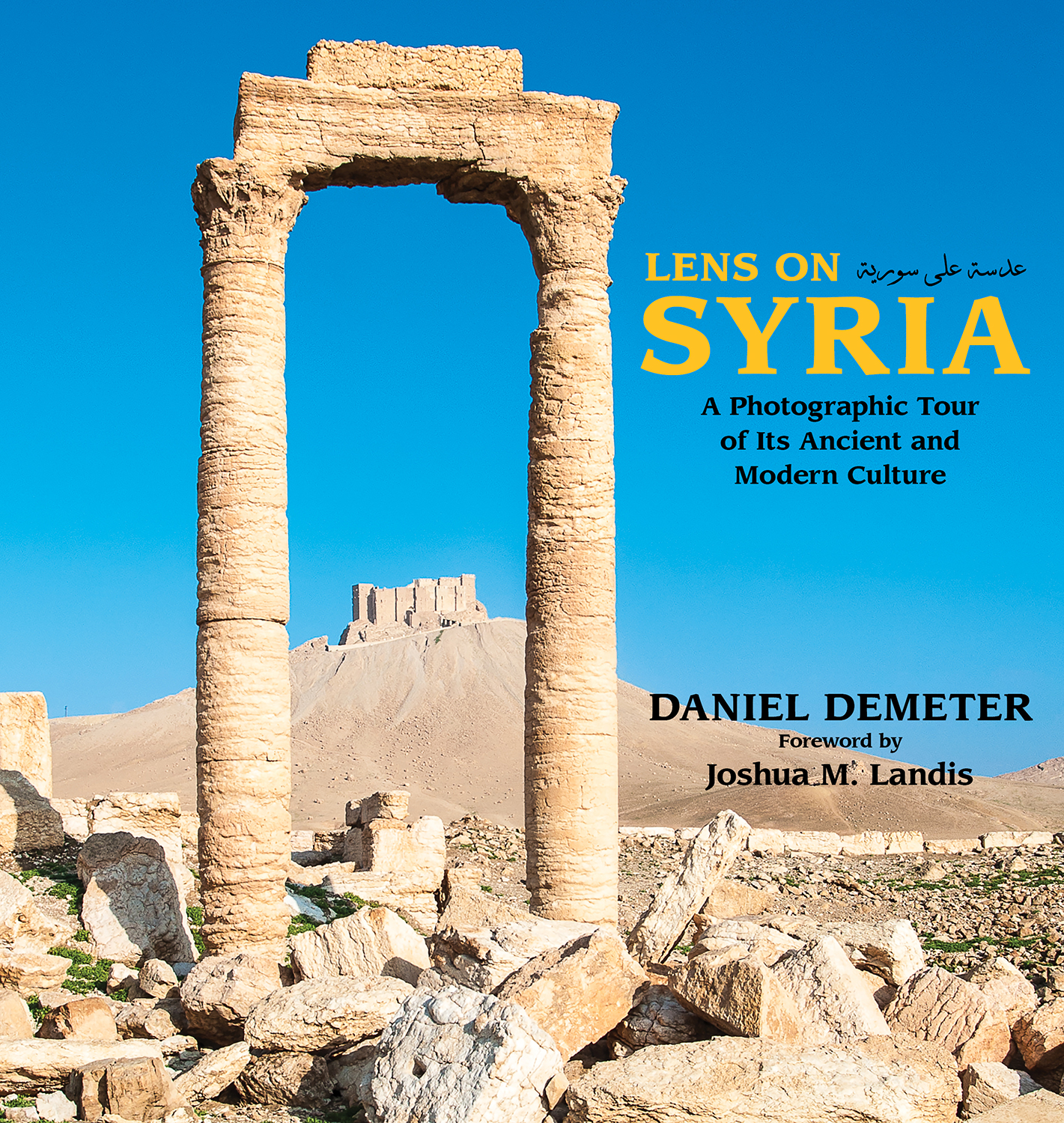 Daniel Demeter has given through his website, and now through this book, a wonderful insight into the richness and variety of Syria, recorded just before the tragedy which is now overwhelming it. Daniel has a wonderful eye for the people, the landscapes and for the beauty of its extraordinary range of historic buildings.

It is important that all who knew Syria before 2011 keep alive the memory of a society whose interwoven pattern of faiths, ethnicities and cultures is now threatened.

Author: Monuments of Syria, Damascus: A History, Aleppo: A History

The smells, colors, sounds and deep-time history of Syria jump from the pages of Demeter’s book in a mosaic of past and present and tell the breathtaking layered human story of a region whose multicultural identity and heritage are persistently being endangered by current violent conflict.

With the eye of someone who knew this beautiful country intimately, his photographs have captured the living aura of many archaeological sites and monuments which have since been damaged or have disappeared, while at the same time capturing the resilience of its people, their history and their culture, leaving us with a glimmer of hope that Syria will rise again. “Lens on Syria” is both a beautiful personal archive of lost and living treasures and a must for those who want to know what a civilization born of hundreds of thousands of years of human occupation and cultural interaction looks like.

What a celebration of life in Syria as it once was! Daniel Demeter takes us on a fascinating visual tour of Syria as it was before the war, following his years there in 2006-9. Every minor detail of people and their cultural heritage comes to life in this rich photography.

Stretching from the Umayyad Mosque of Damascus via magnificent Ottoman houses in Hama, and beehive-domed mud-brick villages in the steppe, to the marvellous souqs of Aleppo and the magnificent masonry of the Citadel, we will need these photographs to preserve the memory of what has now gone, or will be restored with difficulty.

Daniel Demeter’s photos make up one of the most important recent collections of photographs concerning the cultural heritage in Syria. These pictures reflect his love and knowledge of Syria and its heritage as well as perfection of photography.

Senior Scholar at Bonn University; Former Director-General of Antiquities and Museums of Syria

Daniel Demeter captures the arresting beauty and sophistication of Syria’s architectural heritage. The scope and richness of his photographs surpass anything that has gone before. Demeter’s immense artistic talent illuminates every page. He finds a happy balance between the monumental photos and the gorgeous nature ones, between those teeming with human activity and those depicting the solitude of a Roman arch standing alone in a desert sunset. In short, he captures the complex cultural fabric of Syrian life, adding an entirely new dimension to this work.

So many of Syria’s archeological monuments, like the religious architecture, remain part of Syria’s lived environment. Demeter captures the diversity of Syria, its religious and ethnic groups and its once-thriving economy. He breathes life into the historic monuments by providing the context of local manufacturers, market scenes, and religious ceremonies, as well as the often arresting hodgepodge of clothing that combines tradition with the latest styles. His academic rigor underpins the luminous photographic journey and turns this exploration into a tour de force.

Lens on Syria features seven chapters spanning all the country’s geographic regions, covering historic and cultural heritage sites in its major cities and throughout its countryside.

Available in both hard cover and paperback.

An example of what you will find within the pages of Lens on Syria. 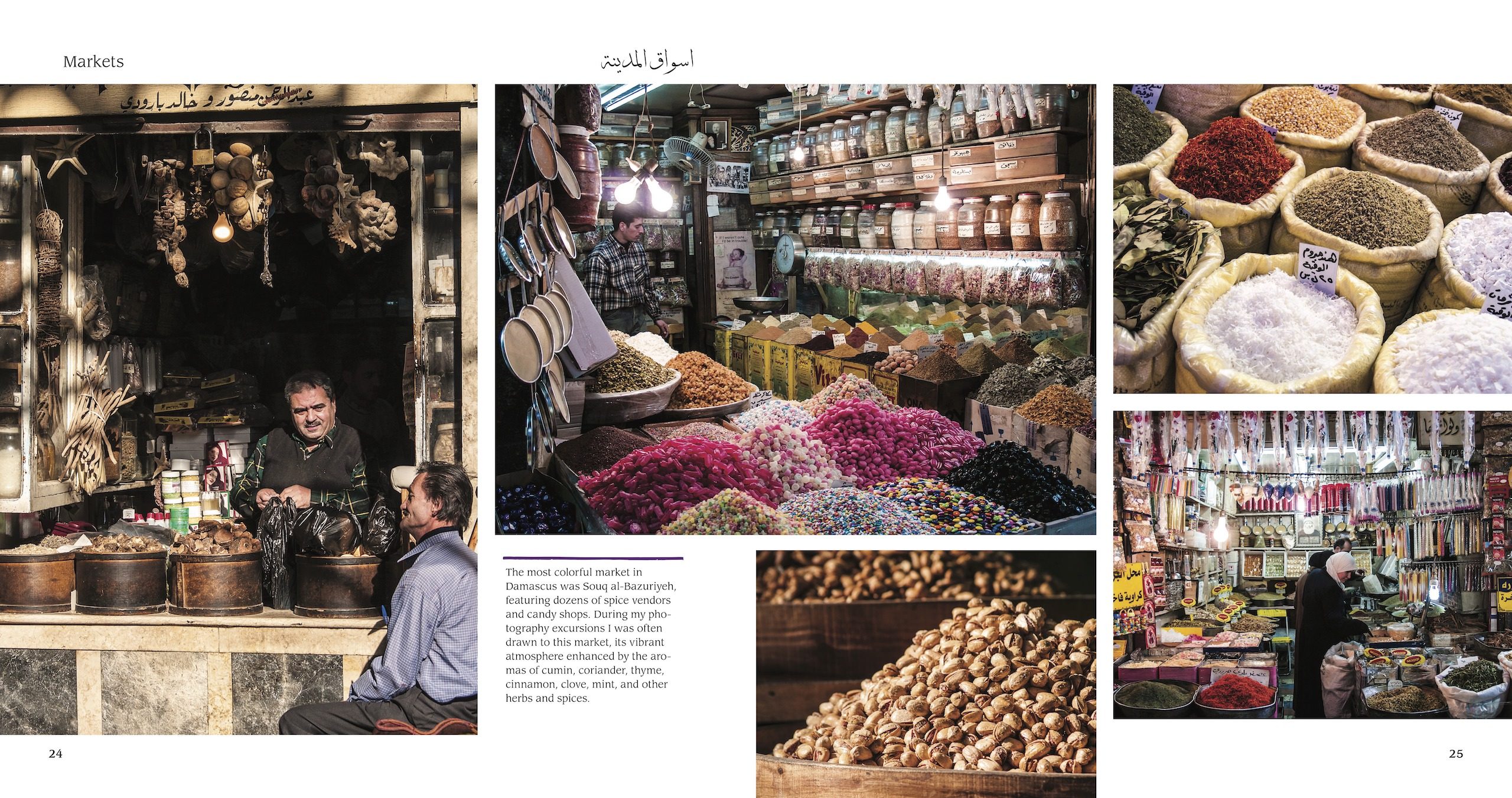 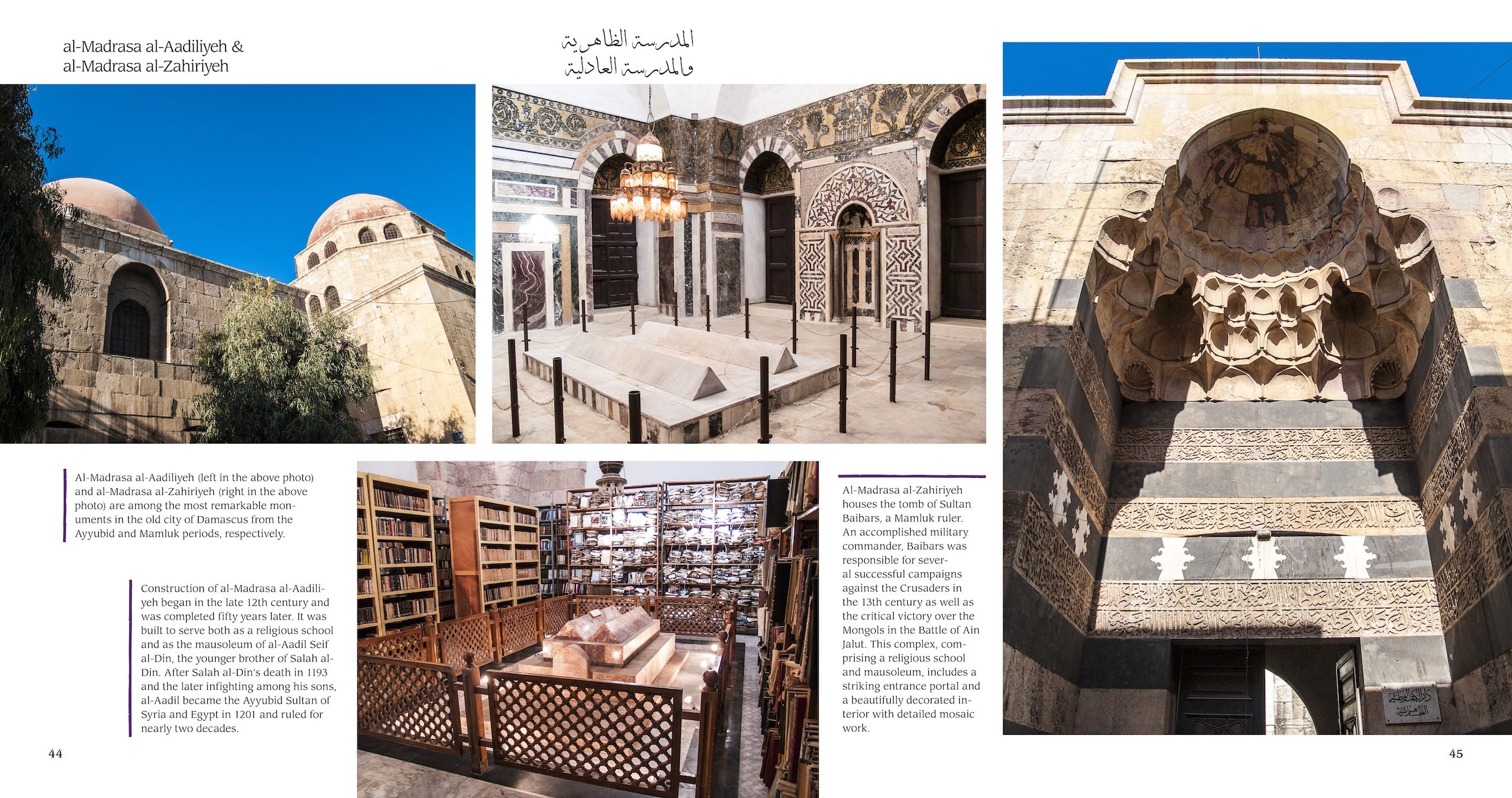 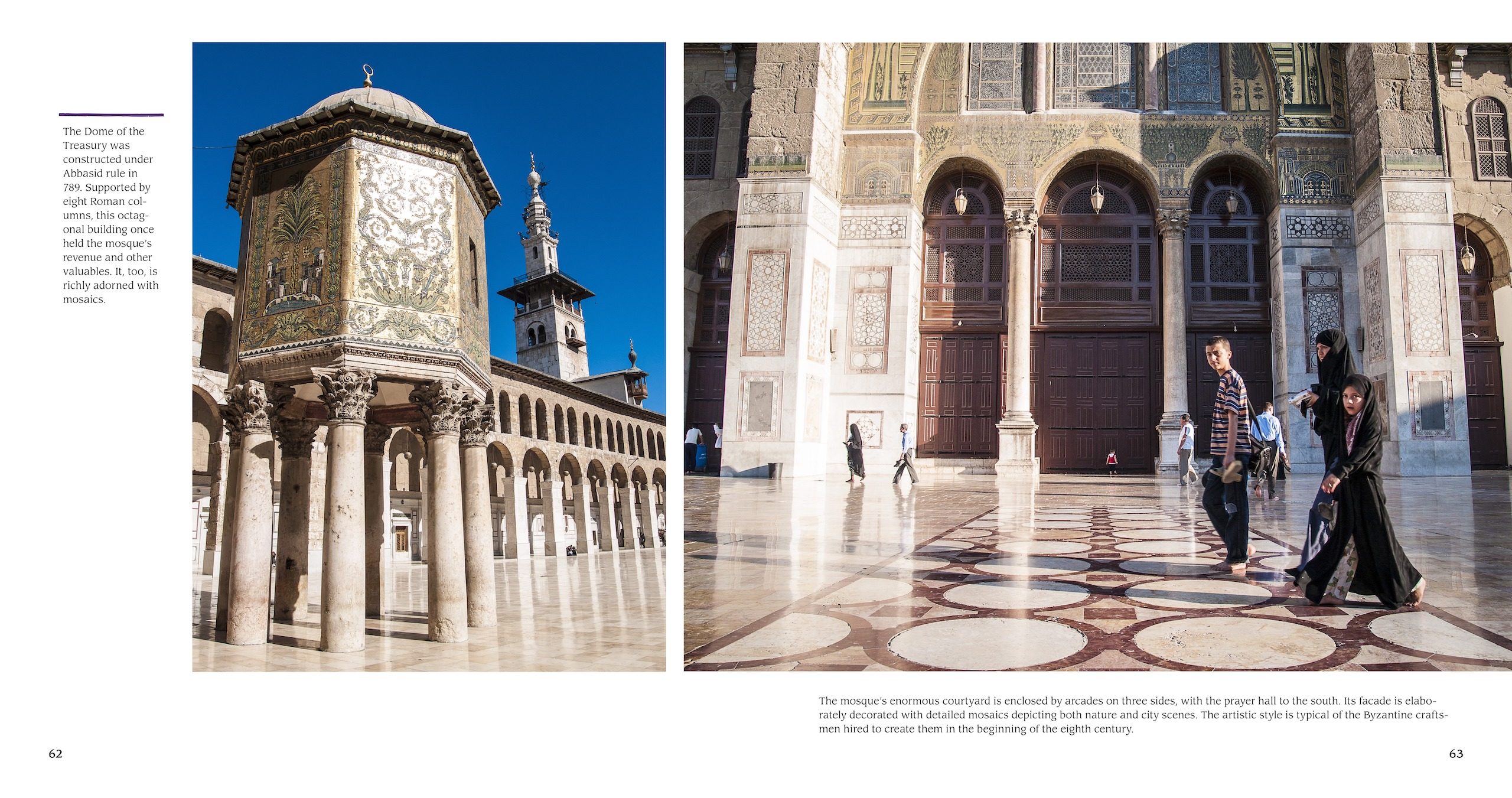 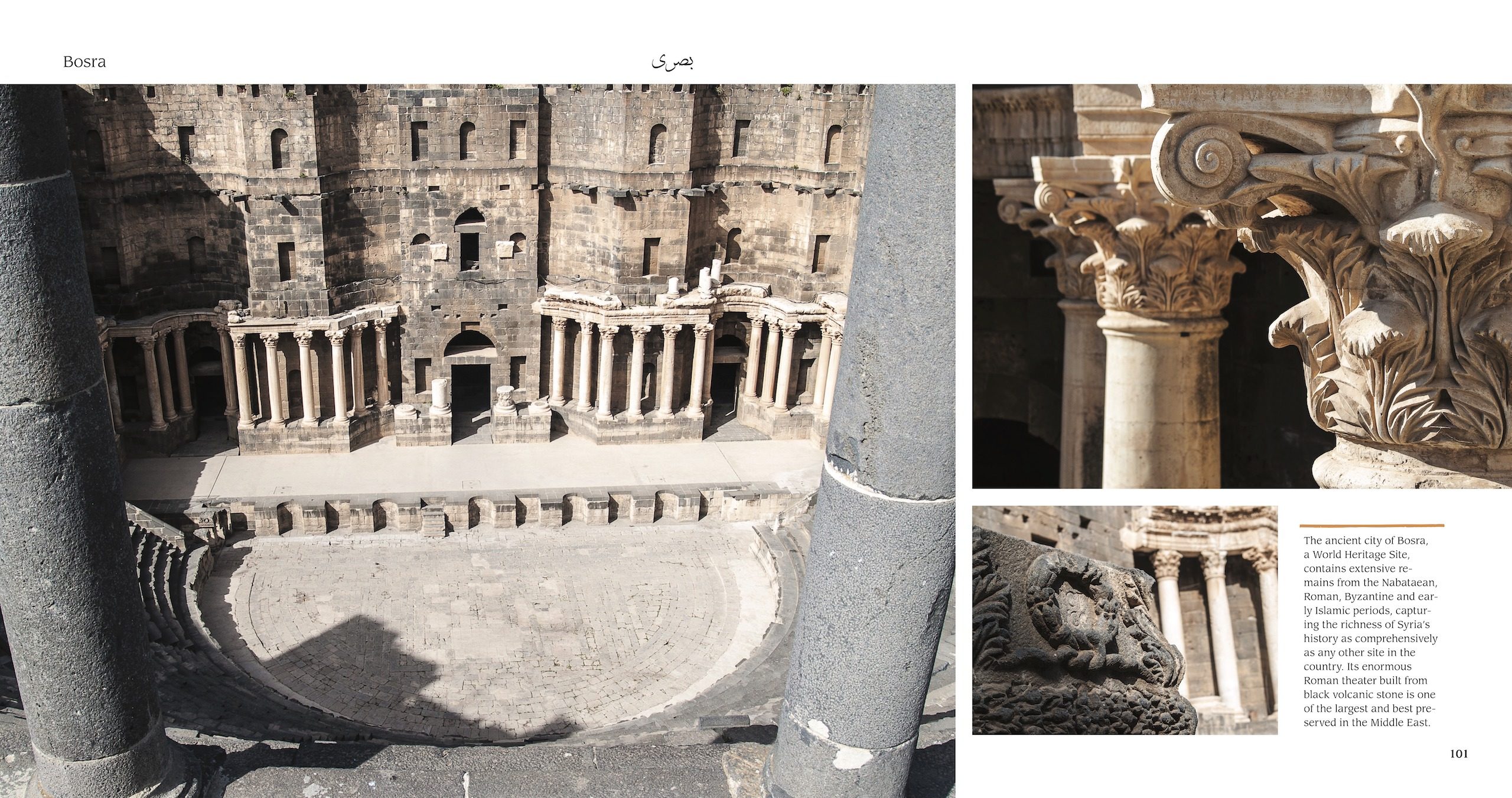 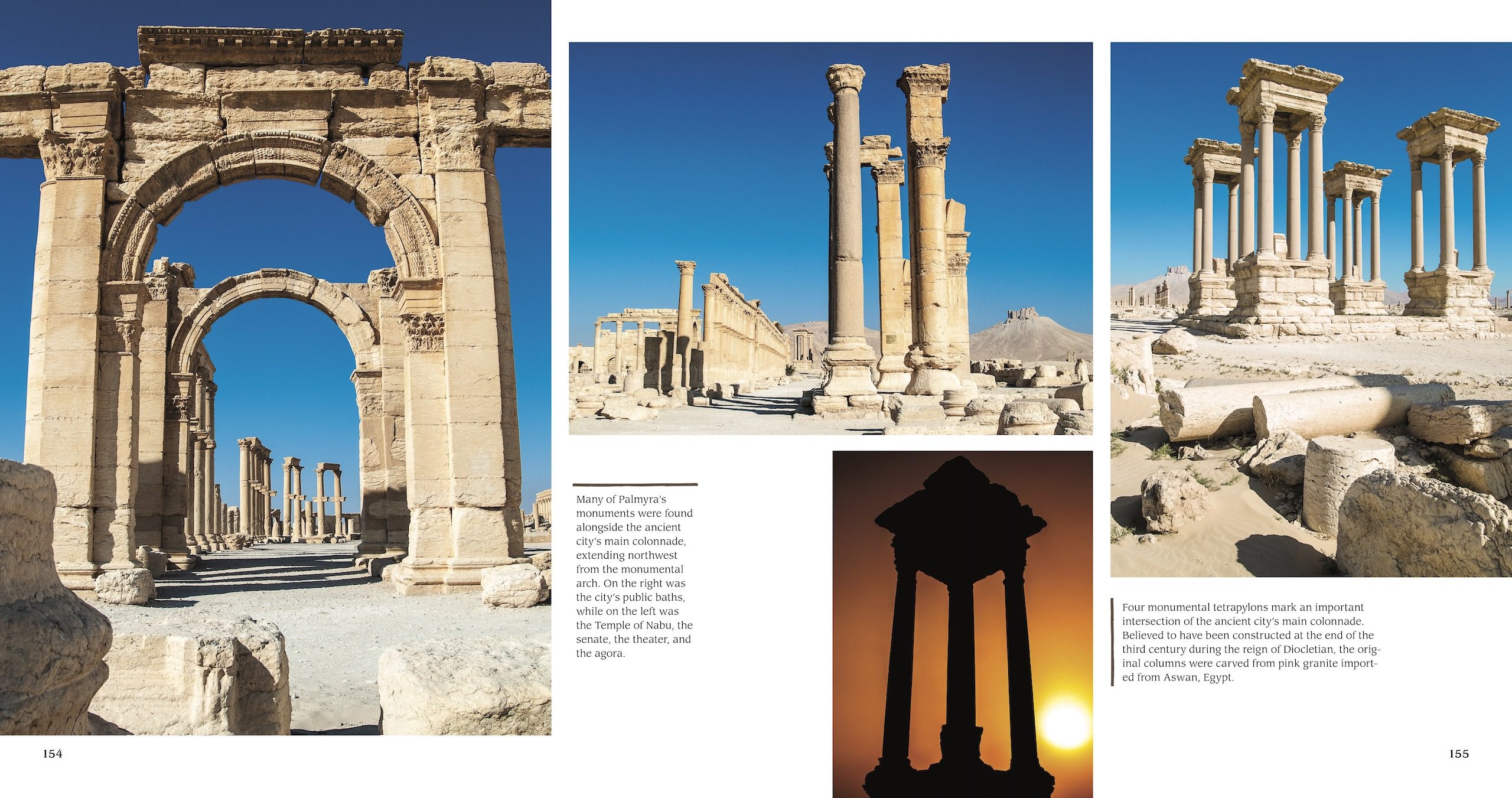 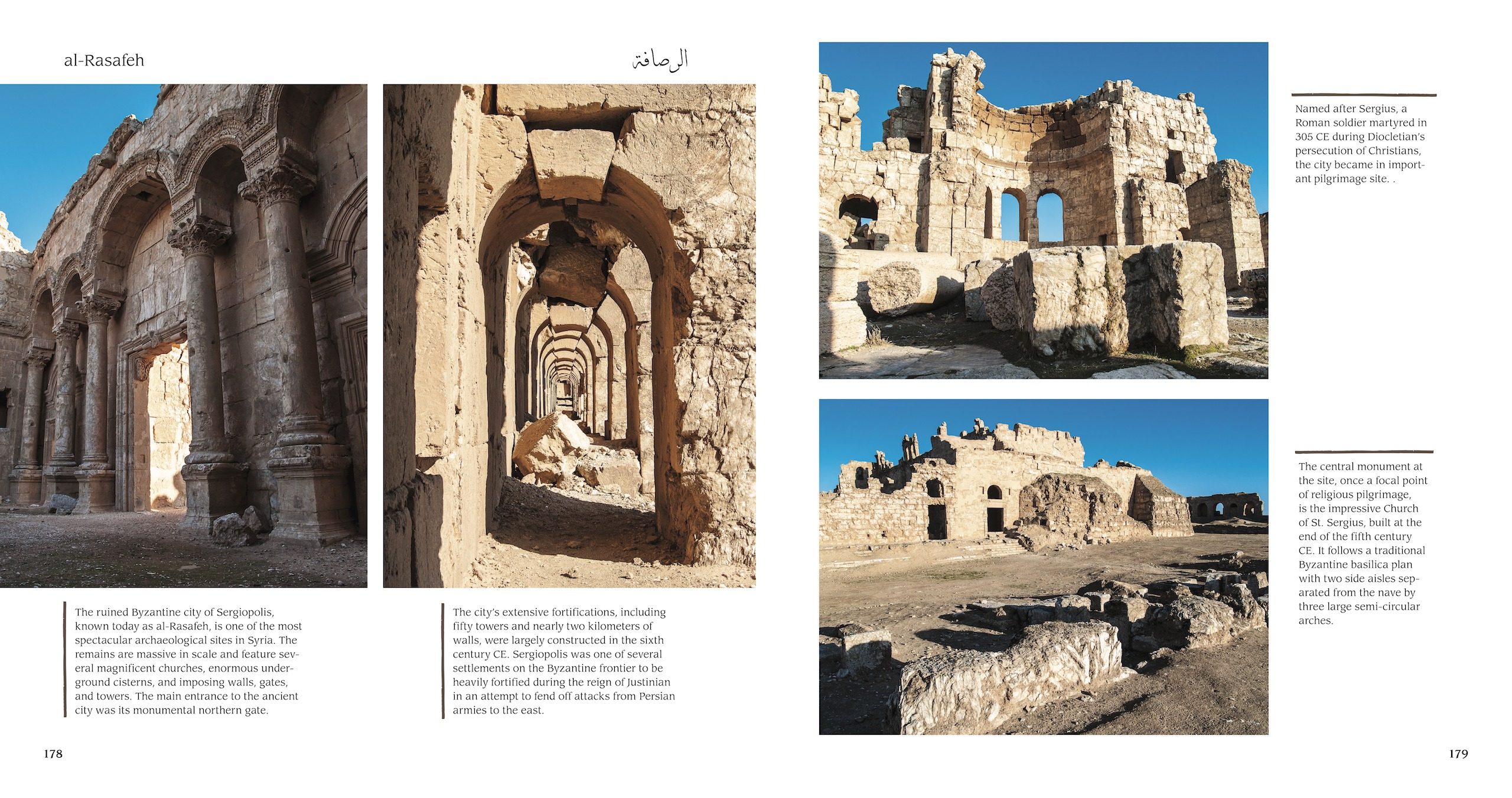 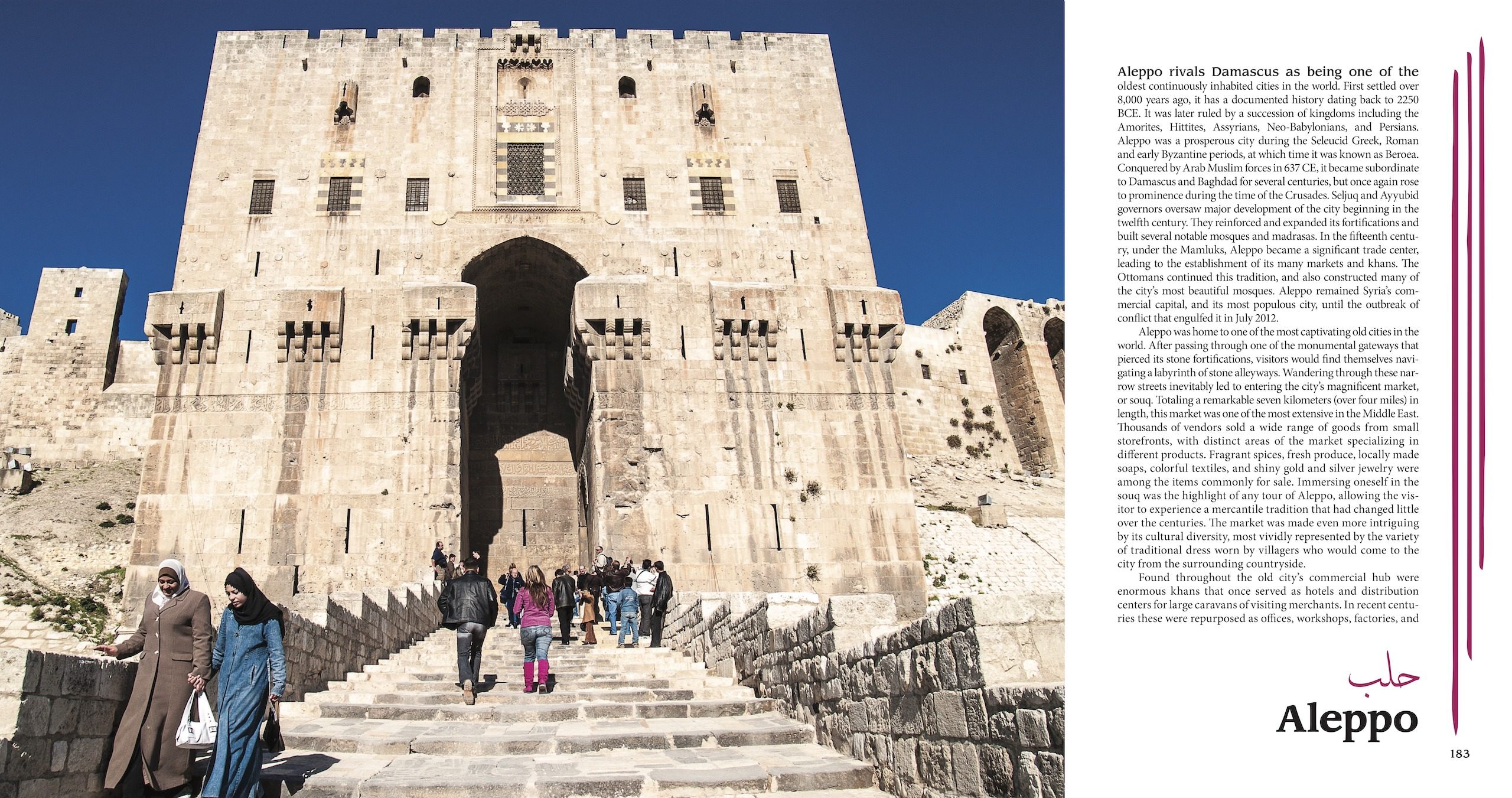 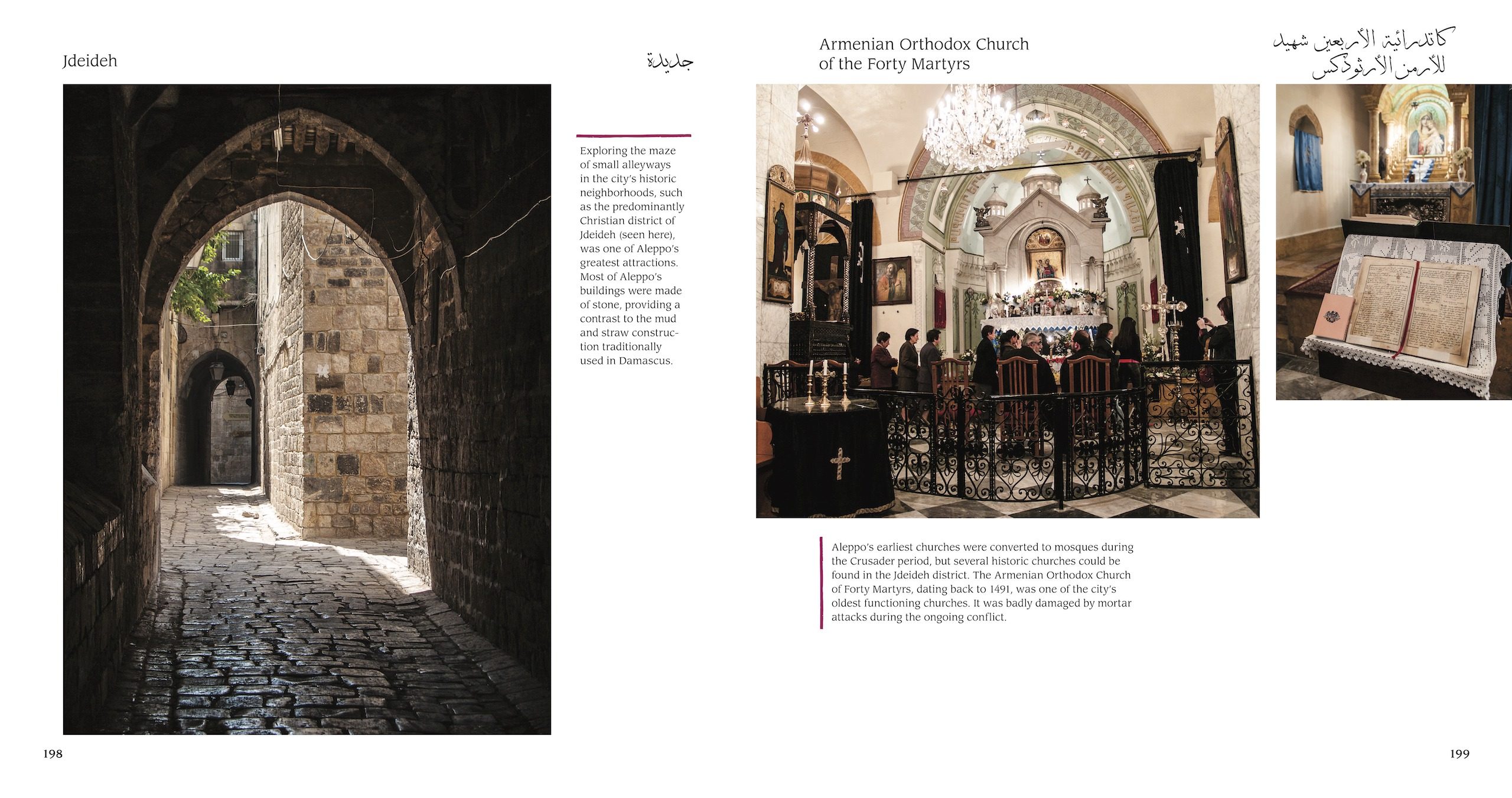 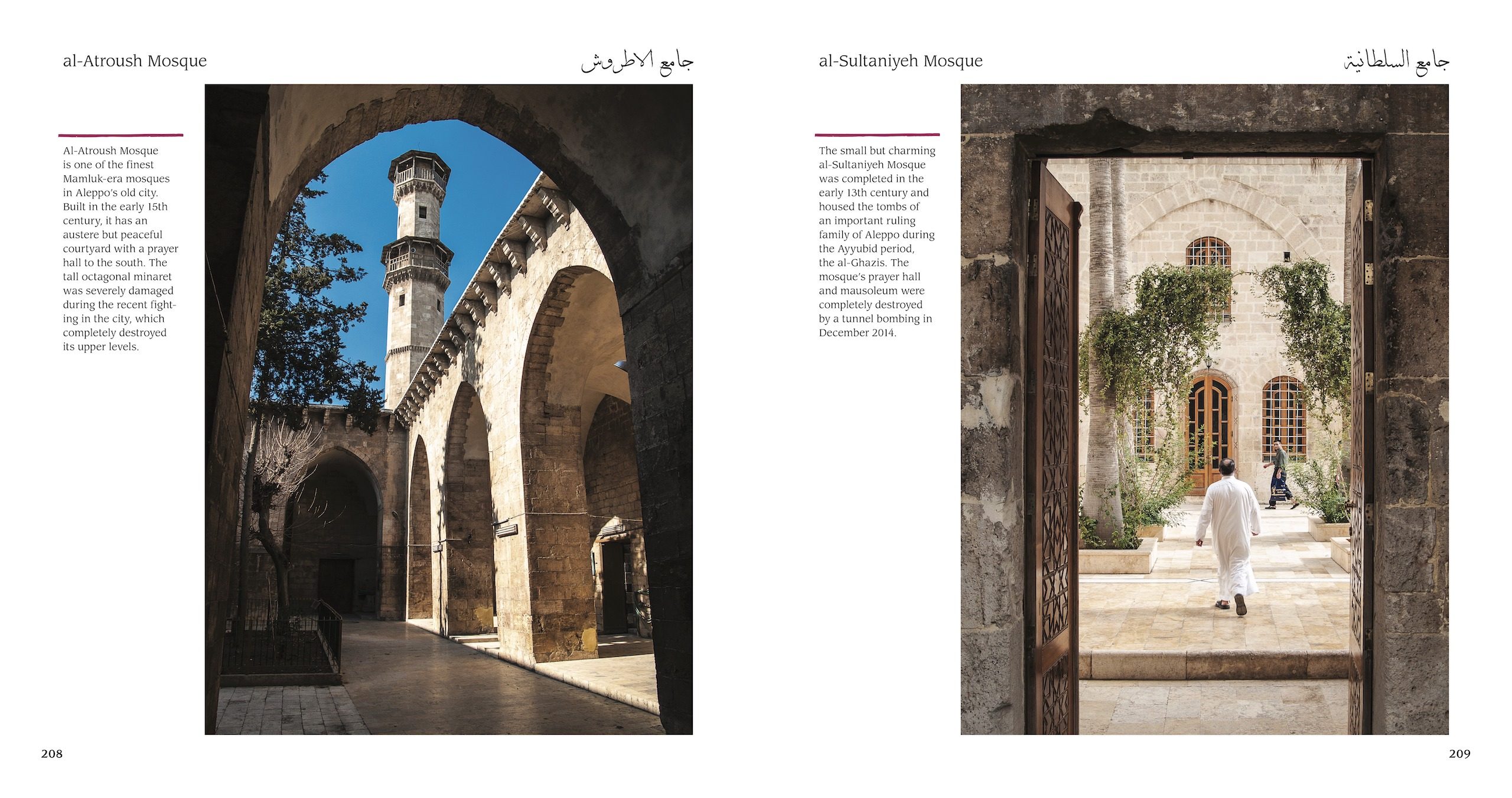 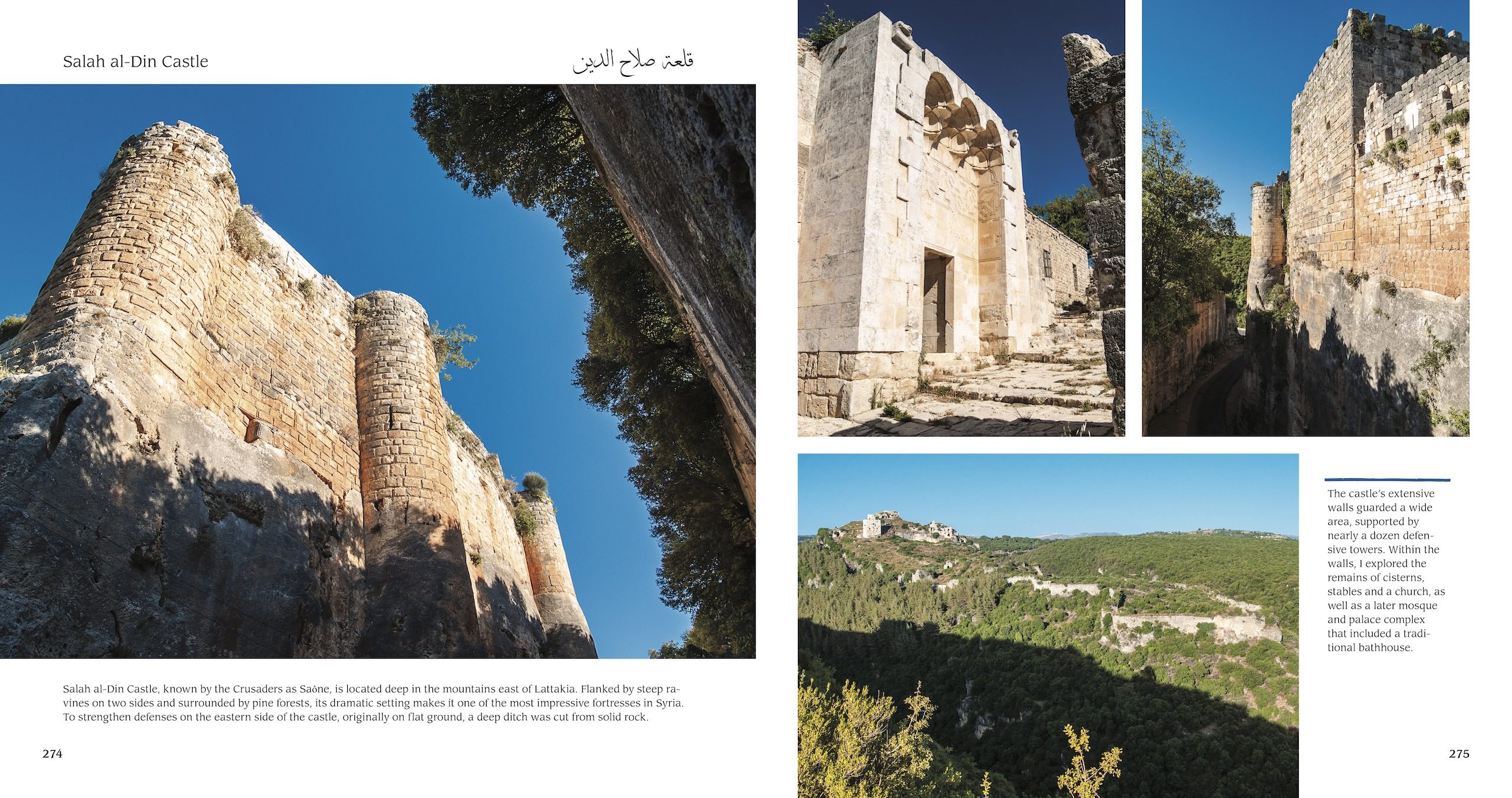 Book reviews, articles, and interviews with the author.

Friends Journal review of Lens on Syria by Brent Bill.

Listen to interview on new tab

Author’s video interview with the University of Oklahoma’s Joshua Landis.

Daniel Demeter was born and raised in Los Angeles, California. With a desire to travel and explore from a young age, he undertook several journeys abroad starting at age seventeen. During the next decade, he traveled independently to more than 35 countries throughout Europe, the Middle East, the Indian subcontinent, and Southeast Asia. He found himself particularly captivated by Syria, developing a deep appreciation for the country’s rich culture, history, and archaeological heritage, and its kind and hospitable people. Daniel spent more than three years exploring the country in depth, combining his passion for photography with his desire to share the beauty of Syria with the world. He currently resides in San Luis Obispo, California, pursuing a degree in cultural anthropology and maintaining a website dedicated to Syria’s cultural and historic sites.

A Comprehensive Guide to the Cultural and Historic Sites of Syria

Articles by the author on the ongoing crisis in Syria. 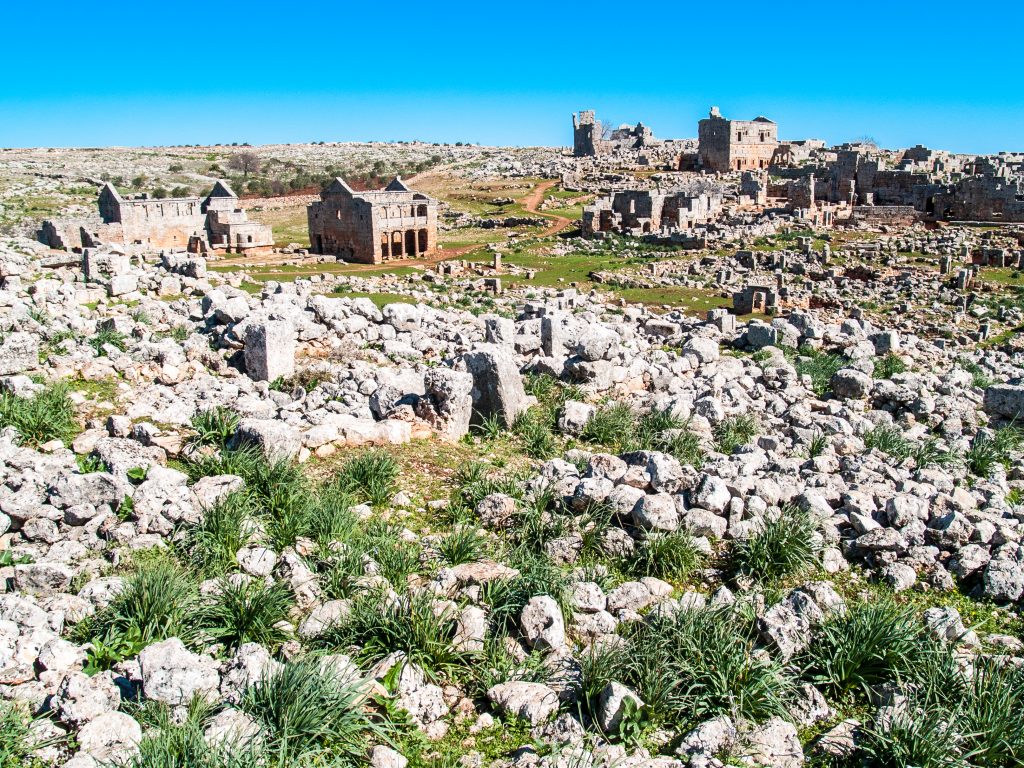 Until recent years, Syria’s Idleb governorate was largely unknown even to most individuals familiar with the Middle East — let alone to Western policymakers and political commentators. The mostly rural[…] 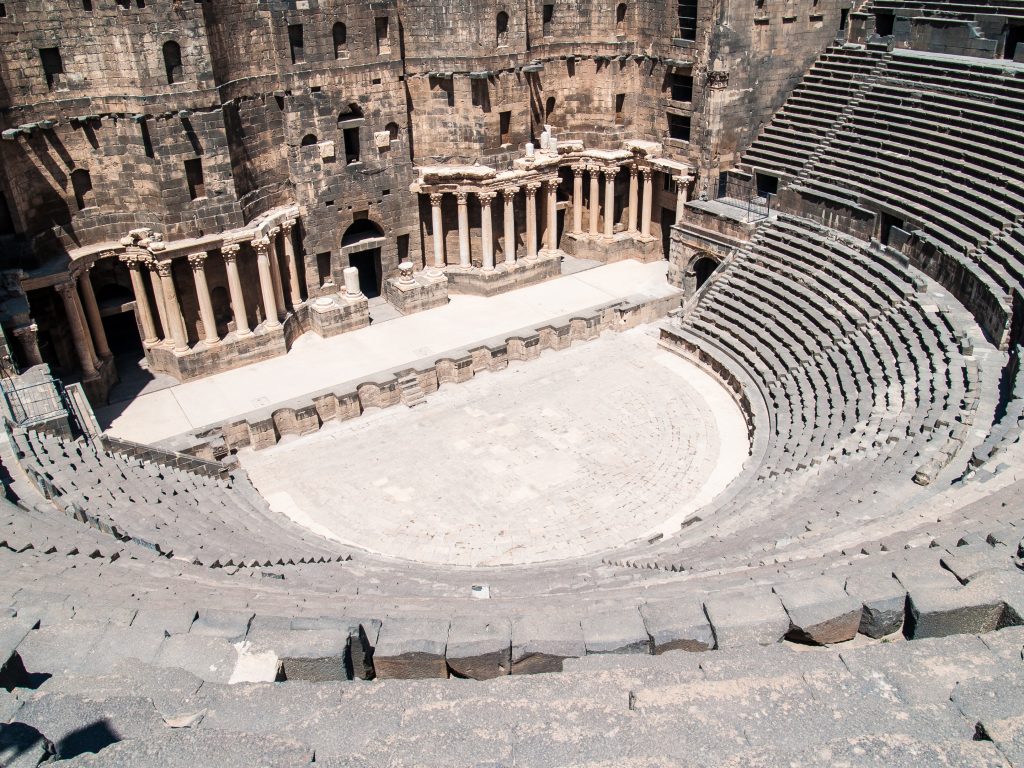 Eleven years ago, I took part in a wonderful trek between the two Syrian towns of al-Qaraya and Bosra, in the southwest of the country. Hiking for pleasure was not[…] 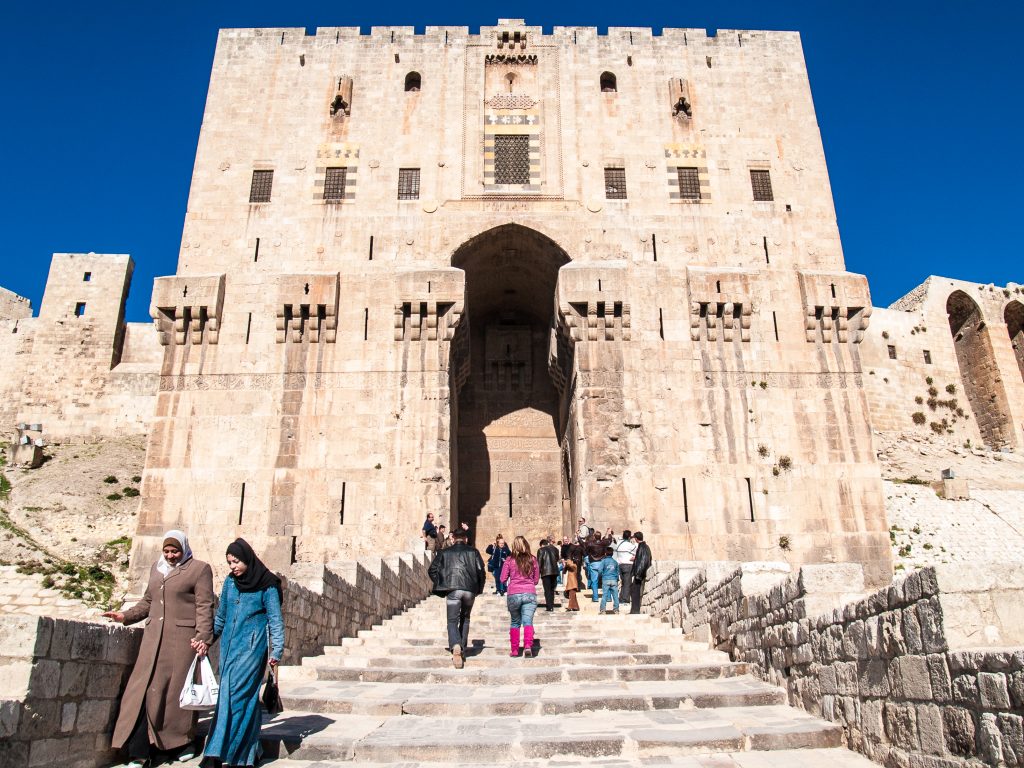 For over five years, horrific stories and images from war-torn Syria have redefined the country as a place of senseless destruction, brutal violence, sectarian hatred, and religious extremism. This is[…]